The basic structure of the XJ flotation machine is shown in the figure. It consists of two flotation tanks. The first tank (with the feed pipe) is the suction tank and the second tank is the DC tank. There is a gap between the two tanks. Intermediate room. The impeller is mounted at the lower end of the main shaft, and the upper end of the main shaft has a pulley that is rotated by a motor. Air is drawn in by the intake pipe. The level of slurry in each set of flotation cells is adjusted by the gate. A cover plate and an air cylinder (also called a standpipe) are mounted above the impeller. The air cylinder is provided with a hole for installation into the slurry pipe, the intermediate mine return pipe or as a slurry circulation, and the size of the hole can be adjusted by the tie rod. 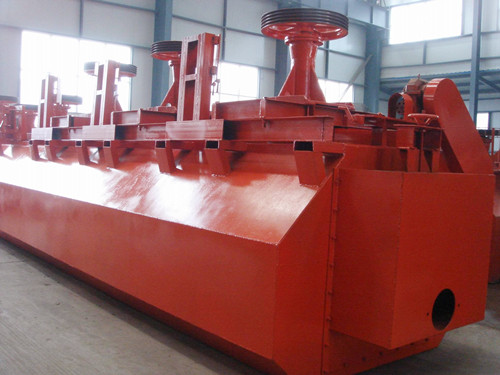 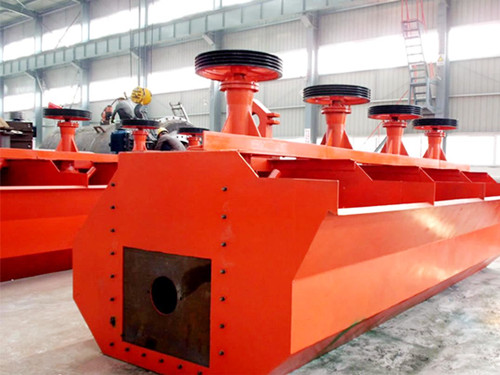 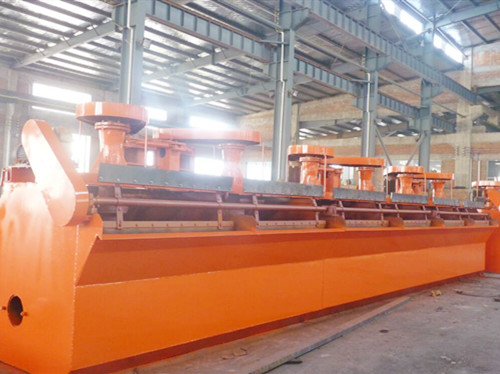 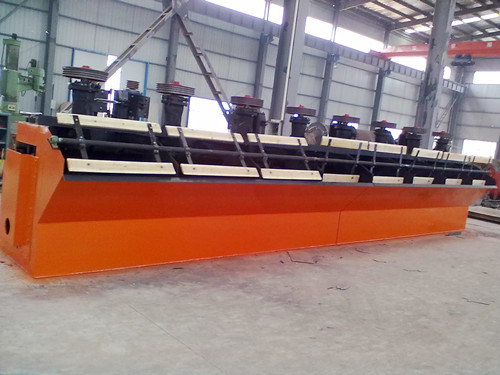